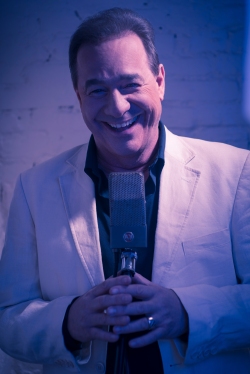 Mike Thornton blends traditional classic jazz standards with a passion for performing works by live, contemporary composers. Mike is following the footsteps of giants of vocal jazz by interpreting a new generation of jazz artists. Performing on stages across the U.S. over his career, Mike has dedicated his life to being an ever-evolving musician. Mike is a vocalist, musical director, actor, nationally-known political satirist, director and producer. Before launching his professional career as a singer (and actor), he attended Hartt School of Music, where he studied voice and music education and had the opportunity to study with the great Jackie McLean.

In the Washington D.C. area since 1995, Mike’s Jazz Collective has appeared in Blues Alley, Twins Jazz, Bohemian Caverns, State Theatre, Jammin’ Java, the Ice House Cafe, Bangkok Blues, among many others venues, as well as at outdoor concerts throughout the DC region.

While Jazz has been his passion since age 19, Mike has been a performer and creative director in numerous contexts for over 30 years. When not singing jazz (or should we say singing jazz and stretching its boundaries with a sprinkle of funk or salsa or blues vibes) much of his time was devoted to acting in earlier years (Shear Madness, Kennedy Center;  Homicide, Life On The Street  (Excerpt courtesy of NBC); Off-Broadway and national tours), and more recently performing as a full-time singer/actor with the nationally-known political satire group, The Capitol Steps. Mike also presents the Capitol Steps at many 1000-seat venues around the U.S.

Also in Hartford, Mike taught voice at The University of Hartford, Hartt School of Music; was vocalist with the well-known fusion band, Topazz, was guest soloist with Hartford Symphony, and sang with jazz groups throughout the New England area. Moving to New York City, Mike created a radio show that was broadcast around the northeast U.S. on NPR radio.